Protecting families and children from the Child Protective System

“With overreaching by local and state governments into family affairs, the current CPS has not only damaged untold numbers of families but also undercut the legitimacy of parental authority through the continuous threat to parents of child removal.”

Children and families are literally under attack by a system bent on ripping them apart and destroying them under the guise of agencies perceived as, and charged with, “protecting” children.  Parental Rights are becoming non-existent under the weight of this system.  This book explains a lot, but to prevent the further erosion of Family and Parental Rights, everyone needs to become aware of what is going on behind the scenes, and become involved and concerned . . . before they come for you, or your children, or your children’s children.

The general populous is unable to grasp that THEIR children can be taken by the government because everything this country was built on defies that concept.  Society has been ingrained to believe that the government ONLY takes children for good reason, therefore any good parent would have nothing to fear.  Tell that to the hundreds of thousands of families that have been ripped apart, but because they don’t represent the majority of the population, their voices and horrors go unheeded because no one wants to believe children are taken from their families without very justifiable reason.

Nothing could be further from the truth and it is estimated that more than 80 % of the children taken into state care should never have been removed from their parents.  The government is finding more and more reason to intervene in parents’ raising of, and rights to their children.  The very thought that children could be taken from their parents and adopted out to strangers for financial incentives to the state is too draconian to ever believe could happen in the United States of America. But it goes on each and every day and massive damage is being done to families while the public naively goes around thinking – there must be something there, our government would NEVER take children from parents without good cause.

Time for everyone to get up to speed on something so vital to our society and future – the preservation of family. 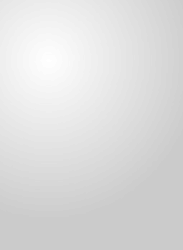 The child protective system (CPS), shaped by federal law forty years ago and run on the state and county levels in the United States, offered in utopian fashion the hope of preventing all possible child abuse or neglect. In response, legislators enacted a spate of vague laws that poorly defined such categories as “abuse” and “neglect,” and granted the CPS sweeping powers to intrude into families, often on the basis of nothing more than anonymous complaints about standard childrearing practices. This arrangement, which followed from the questionable assertion of the existence of a crisis of child abuse and neglect, became the basis in theory for the universal monitoring of American families that has resulted in the sharp curtailing of parental rights and responsibilities. With overreaching by local and state governments into family affairs, the current CPS has not only damaged untold numbers of families but also undercut the legitimacy of parental authority through the continuous threat to parents of child removal.

In Child Abuse, Family Rights, and the Child Protective System: A Critical Analysis from Law, Ethics, and Catholic Social Teaching, Stephen M. Krason gathers essays by leading scholars and practitioners to comment through the prism of Catholic social thought, on the plight afflicting American families and the role of the child protective system. Here readers will find critical essays on the deleterious effect of the 1974 passage of the Child Abuse Prevention and Treatment Act; assessments of current American policies on child abuse and neglect and the role of the CPS within the context of prevailing international human rights principles and Catholic social teaching; a survey of the enforcement of CPS policies from a legal and constitutional perspective; research data disputing the CPS principle that all parents are potential abusers and illustrating the greater prevalence of abuse and neglect in broken, “blended,” and “untraditional” families; and arguments for poverty and unemployment as the prime culprits in the mistreatment of children. Also included are the amicus curiae briefs that the Society of Catholic Social Scientists submitted in two U.S. Supreme Court cases on parental rights, the CPS, and state control over the family.

Child Abuse, Family Rights, and the Child Protective System should appeal to a variety of professionals as well as scholars, from family court attorneys, social workers, family counselors, and clergy to researchers in the fields of social work, law, family studies, American politics, sociology, human services, counseling and psychology, and education, as well as public officials.

To purchase this book, go HERE.

Please “like” A Miracle for US to help support these families, and SHARE these stories wherever you can:

ALL children belong under the protective umbrella of LOVING PARENTS

SIGN the Parental Rights Petition HERE . . . BEFORE they come for you, and do what you can to share this story, and raise public awareness so these families don’t fight this Goliath alone.